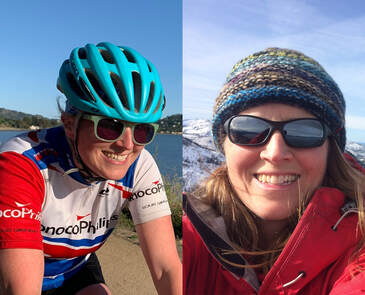 ..The Proust Questionnaire was a game that French novelist Marcel Proust would play at his parties. He felt a person would reveal their true nature in how they answered. We're asking it with a cycling twist to your fellow TVC members so you can get to know them a little better.​

What is your idea of perfect happiness?
Top of a mountain with 360* views having worked my way to get there.

What is your greatest fear?
Failure.

What is the trait you most deplore in yourself?
Determined to a fault (aka stubborn ;-) )

What is the trait you most deplore in others?
Being oblivious of ones impact on others/the environment (ignorance?)

Which living person do you most admire?
AK salmon sisters, Christina Mittermeier, Yvon Chouinard... anyone who’s managed to make a living from being an environmentalist.

What is your greatest extravagance?
I just bought a bidet which felt pretty extravagant. Travel. Good food & wine.

What is your current state of mind?
Chill with a side of what am I doing with my life.

What do you consider the most overrated virtue?
This is a nonsensical question.

On what occasion do you lie?
To shelter someone.

What do you most dislike about your appearance?
Ma belly.

Which words or phrases do you most overuse?
Ummmm, kinda like, well, sure.

What or who is the greatest love of your life?
Food. (There’s a reason I need to exercise).

When and where were you happiest?
I’m happy a lot, hard to put my finger on a single moment.

Which talent would you most like to have?
Playing the guitar.

If you could change one thing about yourself, what would it be?
Reverse memory loss.

What do you consider your greatest achievement?
Being alive.

If you were to die and come back as a person or a thing, what would it be?
Octopus.

Where would you most like to live?
Marin is pretty good, but Scotland, New Zealand, Norway, an island somewhere yet to be determined, anywhere with mountains by the sea & relative ease to get home (UK).

What is your most treasured possession?
My passports.

What is your favorite occupation?
Does this mean job/career or thing to do in general? I’m pretty happy as a marine biologist but would like closer connection to the impact/application of my work. Thing to do - many things, most of them outdoors & several of them in/on the ocean.

What is your most marked characteristic?
British-accent, phrases, foods... Or - riding the big gear..

What do you most value in your friends?
Adventurous spirit & humor.

Who is your hero of fiction?
Pippi Longstocking.

Who are your heroes in real life?
Family (real & chosen).

Who are your favorite cyclists?
Ayesha McGowan, Danny MacAskill.

What is it that you most dislike?
People eating octopus. (& inane killings, people suffering from disease/lack of food & water, global overpopulation... the small stuff).

What is your greatest regret?
Staying in my current job so long.

What is your motto?
“You got this.”

Sunglasses under or over helmet straps?
Under.

Any lucky charms, stuff or ritual?
Nope. My Gran thought that green was an evil color, & I rarely have green items largely because of this, but it’s mostly subconscious.
UA-234066323-1